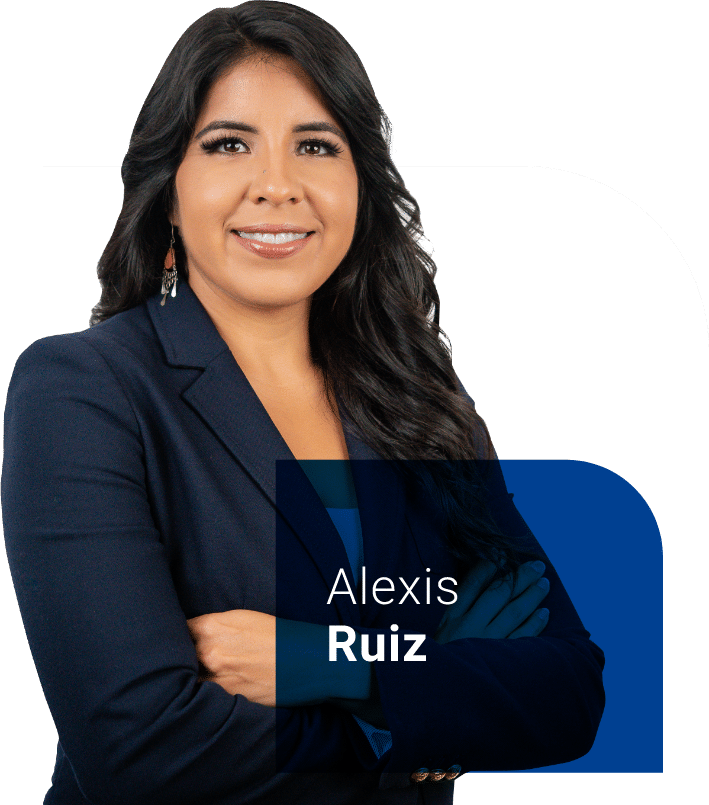 Alexis Ruiz is a partner at Zambrano and Ruiz, LLC and practices in all areas of immigration law. Alexis is known for handling complex immigration cases, specializing in removal defense and family-based petitions.

Alexis graduated with her Juris Doctor from Tulane Law School. She holds Bachelor of Arts degrees in French and Political Science, from the University of Georgia. Folllowing her graduation from UGA, Alexis completed the Congressional Hispanic Caucus Institute’s Public Policy Fellowship; she served as a White House intern during the Obama administration, and then worked as legislative staff on immigration issues for the United Auto Workers in Washington, D.C.

Alexis Ruiz is a recipient of Tulane Law School’s General Maurice Hirsch Award. She is a member in good standing of the Georgia State Bar and an active member of the American Immigration Lawyers Association.

Call us or send us a message with your question(s).